For 10 beautiful days, I was in Paris on a book launch for A LA RENCONTRE DE L’ORGASME DIVIN – (USA title: Love, Sex, and Awakening).

It was a whirlwind celebration… 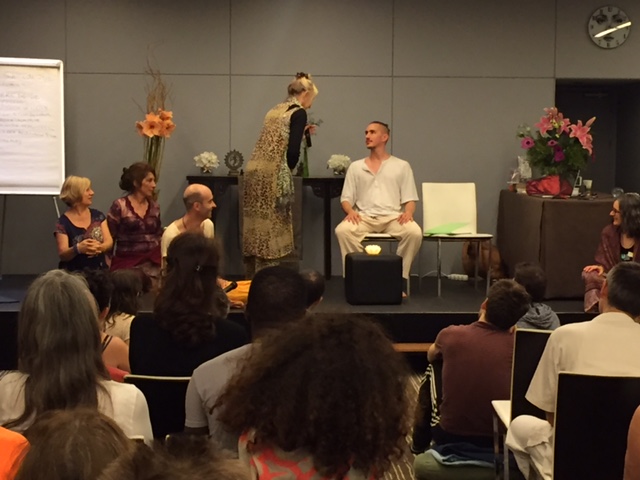 I discovered that the current news media and TV media is different now. Most of the alternative stuff is going via the Internet. 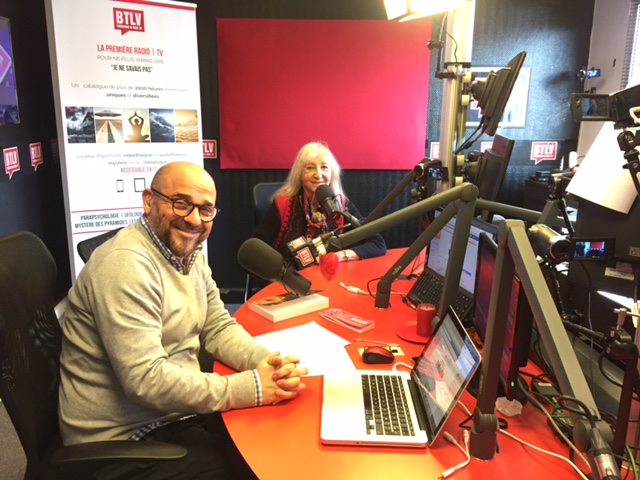 In Paris, I had some interesting hosts, and the media was less KISS (Keep It Simple, Stupid), and less stuck around the first chakra: “Trying to be at the level of the lowest common denominator.” Or, “Give us some techniques to have a good orgasm.” All this in less than three minutes before the next publicity event, of course.

But, I come from a tradition where it’s just the reverse.

In the tantric revelations, practices and experiences which happened to me, it was clear that you step beyond time. Time simply disappears. That bliss is forever. It’s you now. And it’s in you already. When you plug into it, you can choose to be like a live socket every moment. It’s a choice that is available to you. Bioluminescence in your brain!

I am not sure I know how to say that, so people like “Monsieur et madame tout le monde,” will feel attracted to develop their bliss potential enough to buy my book. I am happy with this book. It so far has gotten a five-star rating due to five star reviews on Amazon. My book talks of the ways I found God and Goddess in bed. It’s the story of the awakening of the Guru between my legs. All the amazing initiations I was lucky enough to receive, and which lead me to discover Skydancing Tantra.

I have been trying to convey that there is the sexual orgasm of the body and the spiritual orgasm of the brain, around the pineal, that’s bliss. Most people seem to have no clue. They don’t see that being able to press the “happiness button” every time you focus on that “Master Center” as Aaravindha calls it, is a sure access to inner peace and contentment. Loving what is. No more problems. Do people really want to hear about “no more problems”?

I had a great conversation yesterday with Dave Booda (check his podcast: Darken the Page) and I told him, “I think The Trump is great for America. He is so outrageous that Americans are waking up! Who would have ever dreamed that Americans would elect him? Choose a guy who wants to hire a gorgeous Barbie for $10,000 a night and go to Russia to (according to some true or false but at least “juicy” news outlets), watch two women piss on each other, and who created the Miss Universe pageant and funded the organization so he could go pinch the round and hard bottoms of the contenders back stage and boost about it?”

Where I come from I could never ever imagine a president tweeting, “No, I did not ask those two women in Russian to piss on each other because I am too paranoid about germs”? It’s hilarious!

And besides, it is pretty basic knowledge that anyone who raves about how great he is suffers from a low self esteem complex. And if such is the case, where does that lead America? Double the Army budget!!!

American citizens don’t yet see what power they have. We, in France, had the French revolution. And now the people have a strong voice.

Americans are now earning their voices back. Take the boss of CNN who announced that his journalists would follow the tradition of exploring the facts and telling the truth no matter the cost. Even if that media outlet did not agree with The Trump or follow the party line. That would NOT have happened during the last presidency. It’s Great!! It’s an awakening.

Besides we, the French, don’t mind how many times a president pinches asses or whose asses, and how many mistresses he has (or almost not… Strauss Kahn still didn’t make it, but his demise happened in THE USA). We, in France, want a politician, especially a president, to be a good leader. We don’t particularly care about his private sex life. 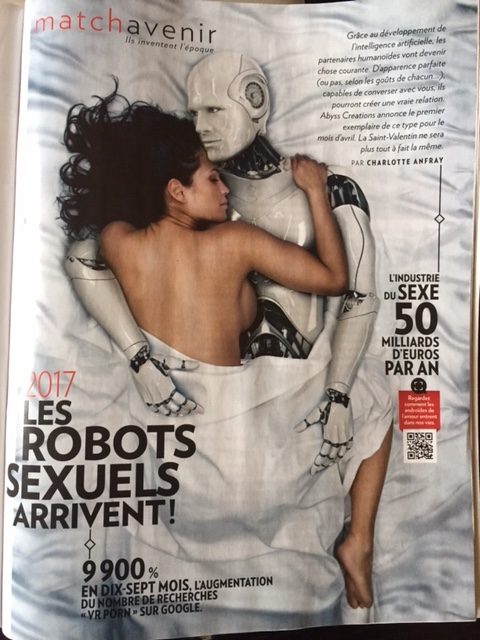 STAY TUNED AND LEARN HOW TO DO IT WITH AN ALL-COMPLYING ROBOT IN THE NEXT INSTALLMENT!

From bronze clitoris pendants to zines about Dracula’s, the female sex organ is having a moment in France.

Paul Verlaine celebrated it in his 1889 poem Printemps as a “shining pink button”, but thanks to the sociomedical researcher Odile Fillod, French schoolchildren will now understand that it looks more like a hi-tech boomerang. Yes, the world’s first open-source, anatomically correct, printable 3D clitoris is here, and it will be used for sex education in French schools, from primary to secondary level, from September.
From Fillod’s sculpture, pupils will learn that the clitoris is made up of the same tissue as the penis. That it is divided into crura or legs, bulbs, foreskin and a head. That the only difference between a clitoris and a penis is that most of the female erectile tissue is internal – and that it’s often longer, at around 8 inches.
“It’s important that women have a mental image of what is actually happening in their body when they’re stimulated,” Paris-based Fillod says. “In understanding the key role of the clitoris, a woman can stop feeling shame, or [that she’s] abnormal if penile-vaginal intercourse doesn’t do the trick for her – given the anatomical data, that is the case for most women.”
“It’s also vital to know that the equivalent of a penis in a woman is not a vagina, it’s her clitoris. Women get erections when they’re excited, only you can’t see them because most of the clitoris is internal. I wanted to show that men and women are not fundamentally different.”
Fillod had been working with Toulouse-based V.Ideaux, creators of an anti-sexist web TV series, to create a modern sex education video when it struck her that the clitoris was never presented correctly in school textbooks. This catalysed her to develop her 3D model at the Fab Lab, of the Cité des Sciences et de L’Industrie in Paris.
Fillod’s 3D clit has come in the nick of time. This June, Haut Conseil à l’Egalité, a government body monitoring gender equality in public life, published a damning report on the state of sex ed in France. The report revealed that sex education is rife with sexism. Current official guidelines state that young boys are more “focused on genital sexuality”, while girls “attach more importance to love”.
Clitoris activism is hot in France right now. The feminist group Osez Le Féminisme has been vocal in combatting the silence around it since 2011. While in Nice, a group of sex-positive feminists, Les Infemmes, has created a “sensual counter culture” fanzine called L’Antisèche du Clito or The Idiot’s Guide to the Clit. There are funny drawings of “Punk Clit,” “Dracula Clit” and “Freud Clit”, as well as facts about the organ.
Meanwhile, jeweller Anne Larue has created a bronze clitoris pendant in conjunction with Les Infemmes artist Amandine Brûlée. “The clitoris has been the hidden, shameful organ for so long,” says Larue. “My necklace brings it to the light of day.” She reassures that the more timorous should not be worried about wearing it: “For the uninitiated, it looks like an octopus or a neolithic goddess.”
The Australian doctor Helen O’Connell is often credited as being the first person to show the complete anatomy of the clitoris to the modern world in 1998. In fact that achievement belongs to LA-based activist-artist Suzann Gage, who realised, while looking for images of the clitoris to illustrate a book called A New View of a Woman’s Body in 1981, that her best information came from medical textbooks of the 1800s – when anatomical drawings were done from cadavers. So images of the clitoris might have existed for a long time but, on realising that it played no direct part in reproduction, the medical profession chose to ignore it.
Fillod has hopes that doctors as well as school teachers, will use her sculpture to learn – and teach – the truth about the female body. “France has the reputation for being sexually sophisticated, but often it’s about male sexuality.” However, she is optimistic about the future. “Understanding that they have an erectile system just like men, I think women will start to experiment more. They will understand that pleasure is not some magic that only a partner knows how to give.”