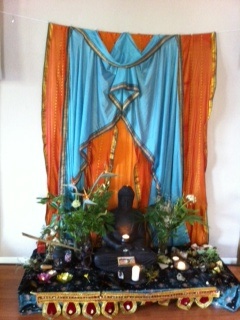 Friends near and far,

The International SkyDancing Tantra Teacher’s Training took off with a bang ! 48 participants and 15 countries represented !!! I was the delighted and honored teacher of this first cycle. And what an honor to work with such great people : intelligent, alive, awake, willing, interested in changing the world and changing themselves so their lives will honor joy, depth, and bring forth new solutions. This cycle was taught in French, English and, sometimes German. I taught this first cycle, helped by Laurent Lacoste (www.silentmindtantra.com) and a wonderful team of SkyDancers. This seminar is part of the Vision I had during a Vision Quest in the Mohave Desert (USA). That SkyDancing would spread a network of light, love and orgasmic joy around the planet to bring unity to the hearts of men, women and our planet, Mother Gaia. This training is to show participants how to teach the practices of SkyDancing Tantra (as described in my books and DVDs). And how to lead an introductory weekend program. We had an amazing group of people : full of wisdom, mature, giving, funny, deep, and definitely committed to awakening and teaching. I planted seeds. Let’s see where they grow and how ! My gratitude to the leaders of some of the European SkyDancing Institutes and USA for holding and manifesting this vision : Nital, the main organizer (www.tantraskydancing.com) Yatro Werner and Svagat Westfal (www.skydancingtantra.de); Lokita and Steve Carter (www.skydancingtantra.org)

BIRTHING THE BODY OF LIGHT

I am grateful to have been the guest of my beloved friends: Pascal and Antoinette Savatier who are the most luminous example of a family where the parents and the three grown children (18 to 24) have the most joyful, easy, respectful, friendly relationship with one another. They all find and follow their passion, develop their expertise, explore their inner and outer calling and vocations. Pascal and Antoinette who have been married for 26 years, meditate daily, and lead a balanced and healthy lifestyle. They excel in sports. And they are great physio-therapists. In his work, Pascal uses his gift of insight and intuition to treat his patients quite successfully. Pascal and I will teach “Awakening the Body of Light” , the sixth cycle of the SkyDancing Love and Ecstasy Training (T.E.L.) with me next June , please see Cycle 6

All five family members are coming to stay with me in Bali to celebrate the end of the 54.000 years of Kali Yoga, and the transition into….what ? The famous “Golden Age” promised by so many Gurus, Bhagwan and Ama of Deeksha fame in India ? Managing, on Dec 21st to tune in with the angels and keep ourselves empty long enough to jump into the unknown and the New Potential of this Age about the be born ? I hope. Can we just slow down long enough to take catch our breath while all is accelerating around us ?

AN INITIATION : LIVING OFF THE GRID 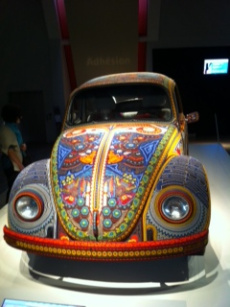 I did not realize how much I was attached to my “creature comforts” until I arrived in the south of Portugal to visit Michael Plesse (www.michaelplesse.org) at Vale de Agua near Sao Teotonio in western Algarve.

Michael Plesse and his partner, Gabrielle St Clair were the creators of the Orgoville international networks teaching neo-reichian work,quantum psychology, somewhat inspired by Skydancing Tantra, as we originally worked together around 1983 (trainings called “Tantra and Energie Transformation” in Germany). We had not seen each other since more than 10 years.

[blog- michael + margot] Michael has been initiating projects, networks and trainings in the interface between civil society projects in Europe and consciousness (inner ) work in these groups. Infusing the outer changes with inner transformation. Making the link between what the indigenous people call :”dreaming” (calling forth and honoring vision) and spiritual awakening. He has been on the advisory board with Ken Wilber, Arnold Mindell, of a well known journal called “Bewustsein’s Wissenschaft” (science of consciousness). He is a close colleague of John Croft who was a consultant for the World Bank. John has lived with the Aborigines and studied closely their unique way of “dreaming” their vision, (crafting their way in harmony with the earth and the elements, thereby “calling their future”), As a result he is currently writing a book on this, which he calls ‘Dragon Dreaming” . (web: www.dragondreaming.org and Michael’s work with this: www.inozi.net)

While in Portugal, I witnessed first hand, how Dragon dreaming could be a major binding and creative inspiration in developing projects for a sustainable future in a context of local and international community building, and “social sculpture” (creating new tools together to emplement this group vision). The work as it progresses over time, deepens in a spiral-like form that empowers the participants, sharpens the vision and enlarges or expands the network or the group.

A powerful and inspiring approach which has emerged out of this, is the “Transition Town Model” which has lead to the creation of more than a thousand urban sustainable eco-spiritual groups and decentralized networks to produce such diverse results as : citizens creating group gardens to feed themselves without depending on supermarkets, support groups for increasing their personal and community resilence (ability to cope creatively), working with town councils to change local politics in the direction of supporting de-centralized sustainable economy. (see the great book of Rob Hopkins : “The Transition Companion” :www.transitionculture.org and www.transition-initiativen.de)

I recommend we read and look up some great tools for deeper use and exploration of this inspiring process, even for our own development and crafting the future of skydancing And the place of a potential new concept of Green Tantra in the world of today; One of the pioneers in the domain , is a certified skydancing teacher called Gaia Ma. She has a lush and popular “green tantra” retreat in Nicarague (www.inanitah.com)You can go there to learn permaculture, alternative living and…..Skydancing tantra !!!!

Look up: www.ning.com (open source social networks) (250 euros) this is platform for creating empty centered organisations and networks, that focus on a joint vision.(see Michael’s “insight-out-zukunfts-initiativen”

To join ning you pay a small yearly fee (each member of Michael Plesse’s “dream team” pays a share). One member of the dream team is responsible for X , the other for Y, the other for Q, etc…and all work together in moving the vision forward. Michael says to me :”If you (Margot) start such a thing, you have to have a clear start up protocol. What are the values that carry your project ?

Ask generative questions: “what would you love to see happening in one year that is the most fulfilling thing that you can think of ?”

I was privileged to attend such a meeting in Portugal lead by Michael and it was very inspiring. More later on that.

GAINING BACK OUR SOVEREIGNTY

A friend dreamt one night that it was time to put an end to the oppressive sovereignty of outside authorities through the pressure of money. (develop). He “saw” in his dream the creation of a new money called “Minuto” . so then he started to develop the concept of bartering goods and services against these “minutos” which are (www.minuto-zeitgutschein.de)

Now there are around 30 or more cities in Germany that are actively using this system to keep the value of goods and services being traded and “paid for” within the community. Germany in fact seems to be one of the most advanced countries in the use and dissemination of “regional money”. And it does that without interference of the government because this money is considered as “Gutschein orientiert”, that is representing “goods and services”.

You don’t have printed money with official stamp from the government so there is REAL value behind the bill. And that value (goods and services) is recirculated in the community.

Michael says : this is another type of awakening in tune with a new field of consciousness that is sustainable. Those who create this are an open vessel for a new vision of sustainability, they are mostly conscious people that have done work on themselves and who care. With the official money, we are dealing with a bucket that leaks (we saw that with the US model of federal reserve replenishing banks which emitted toxic financial instruments. The intermediary agents keep the money one way or another (sales tax, etc) . With the regional money, the full value is immediately re-invested in the community. The current outstanding authority on “regional money” is : Professor Margrit Kennedy. She wrote the book :”Occupy Money” (in English and in German).

About the occupy movement in europe : Following the best seller “Indignez vous” by S. Hassel

We witnessed the Occupy trend as one of insurgency and “againsthood”. But now, it is evolving or turning around as it was influenced by the Transition movement based on sustainable, decentralized, community co-creation. And the occupy trend has now, at least in Spain, merged with the Transition approach to become creatively sustainable.

Michael revealed to me in a very concrete and real way, the many inspiring, solutions to the woes of modern industrialized society : the environmental pollution, the false importance of money, the false sense of lack and competition, etc… I came to him feeling a deep despair. I felt responsible, I felt that “we “ (me included) were the destroyers of the earth. And now I leave Portugal with a new sense of hope as I witnessed the vision of thousands of people linking talents and resources to create, together a graceful world, once again flourishing and close to mother nature and to one another.

A MUST READ book, blessed by the Dalai Lama : “Ancient Futures” Learning from Ladakh, by Helena Norberg-Hodge. Now the author has made a film:”The Economics of Happiness”.

For many of us, this is nothing new. But the fact that it is now becoming a grass roots worldwide movements in the Transitions Movement, gives us hope. Check a book/manual : The Transition Companionby Rob Hopkins, and other great guides such as : Earthships, building a zero carbon future for homes. By Mischa Hewitt and Kevin Telfer (IHS brePress)and ‘Wuste oder Paradies” by Sepp Holzer (300 photos and worldwide permaculture projects that are truly astounding). A similar movement was started and is successfully on going in Auroville in India where the community, inspired by Sri Aurobindo and guided by the Mother, his companion, re-forested thousands of acres of dry deserted land, and developed an organic farm which can feed up to 1000 people a day. What’s new here is the Transitions approach, using the open source internet technology (Ning), linking projects throughout the world creating international “jumelage” between cities (interconnection and partnership between cities). The movement is almost at the point of getting big and bold enough to be ready to claim some of the European union capital dedicated for “The European Union’s 5 countries joined in learning partnership program” .

Watching and participating in all this, I am left with a sense of great hope. And the joy of more creative and international friendship connections. Thank you Michael Plesse!

A final question to my readers : “what would you love to see happening in one year, that is the most fulfilling thing that you can think of ?” Let’s start from Here !!!